A Year of Running

What a year it's been?! This last year has probably been one of the hardest I've known, but equally I'm so glad that it seems to have zoomed by. Things here in the UK are pretty much just as they were back in March/April last year. We're in a full lockdown, although cases are coming down so hopefully we'll start to have some more "normality" again soon. I miss my work so much and I'm so ready to be able to take on a running race and explore new places once again!

It's been just over a year now since I started running and I still love it just as much as I did a year ago! OK, there are times where getting out has been a bit of a chore, especially when it's cold and miserable. But, I genuinely think there have been times this year where it has provided me some respite and something to focus on with everything else going on around us right now. If I weren't taking an hour of my day four times a week to get out for a run I dread to think how my lockdown would be looking. 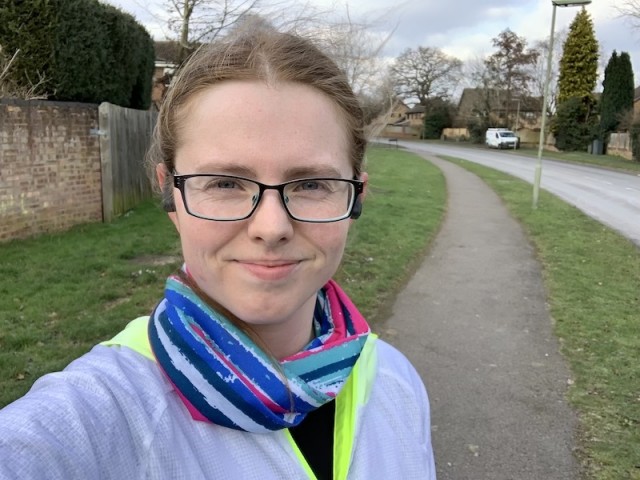 When I started running a year ago I never really imagined I would have fallen in love it with just as much as I have, but today I wanted to share a bit more of an update on my running journey.

I started running in January 2020 and completed Couch to 5K in March 2020. By June last year I was running 10k pretty much every weekend, but I have also since completed a half marathon. Sadly too I have been hit by a few injuries, especially in the last month! You may think you'll never succumb to injury, but sadly it happens to all of us at some point! :(  Last summer I suffered with plantar fasciitis which put me out for a couple of weeks, but I've also suffered some leg problems in the last month, again putting me out for a couple of weeks. But I'm now back and working my way back up to 10K once again. Not so cautious Hannah 6 months ago would have just ran straight back to 10K.... but more careful Hannah has learnt that sometimes you have to go back to go forward in this running journey! I still find it quite funny looking back when I think that I never thought I'd run more than 5K regularly, yet up until my last bout of injury I was running 10K almost every weekend working towards my target of completing the Race Through Adversity Medal Set. I'm also weirdly excited for longer runs (>10km) as the weather warms up! Not quite sure what has happened to the Hannah who once would do anything to get out of running around the field in PE lessons! 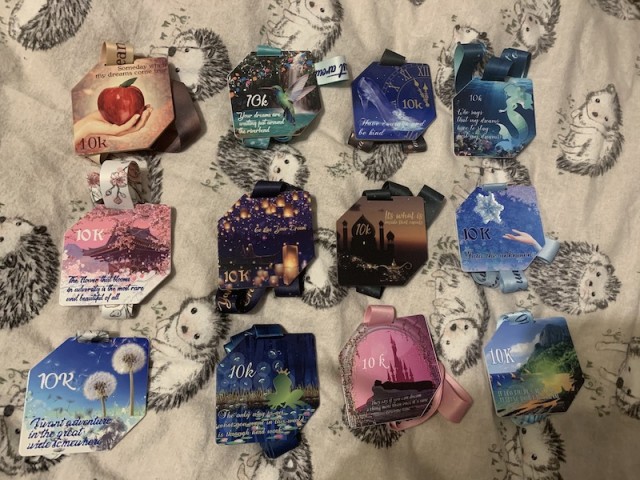 Having taken up running when I did sometimes I find myself getting so frustrated that I've been unable to take part in any events. But equally at the same time without running I don't know where I would have been this year. There are plenty of other ways that I've documented my achievements in a year of running though! I found Virtual Running, where I completed goodness knows how many challenges last year! I got a bit carried away (I think the fact that I've completed 50 challenges in less than a year on Medalmad proves that)! But this year in 2021 I've set myself bigger, more difficult challenges.

In 2021 I'm aiming to complete the 500km Catch Your Dreams in 6 months, as well as currently working towards the Great British Marathon medal. I also signed up for the Virtual London Marathon in October which I'm nervously excited about!

I hope everyone is starting to enjoy the warmer weather out there and is enjoying their own running journeys no matter how big or small! :)  Stay safe everyone :)